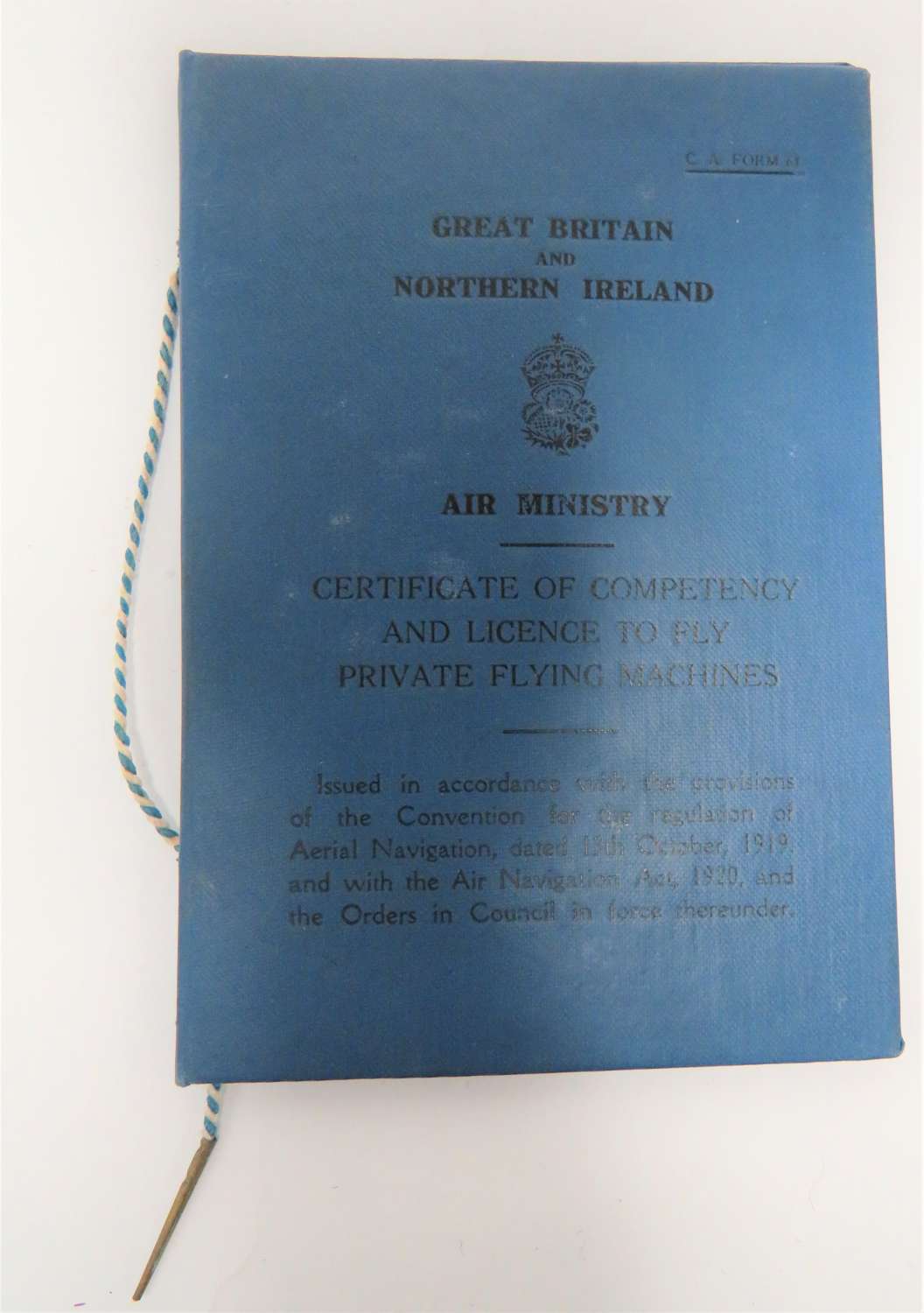 Interwar Air Ministry Pilot's Licence with blue linen cover. Interior with photo and details of G.S.P. Robinson 16th Dec 1936. Together with relating file of letters concerning application to join RAF but was turned down due to failure of exams. His father wrote to Air Ministry in 1937 asking for an exemption to be made but was unsuccessful. George Robinson son to E.P.M.Robinson later joined the Loyal North Lancashire Reg . Good selection of various letters and paperwork 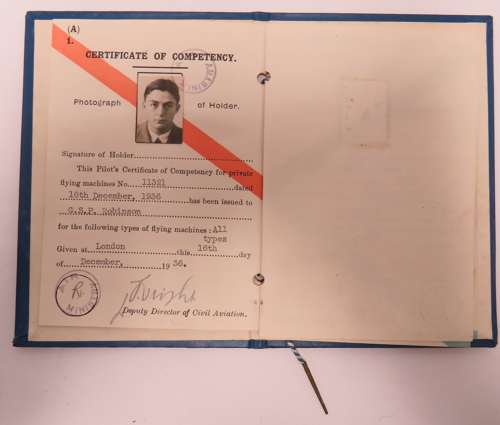 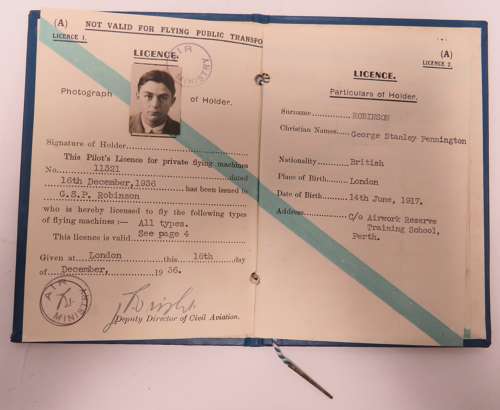 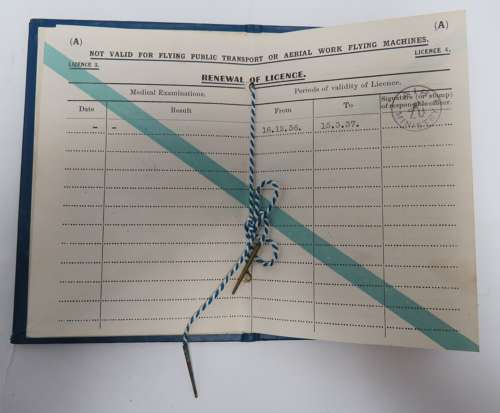 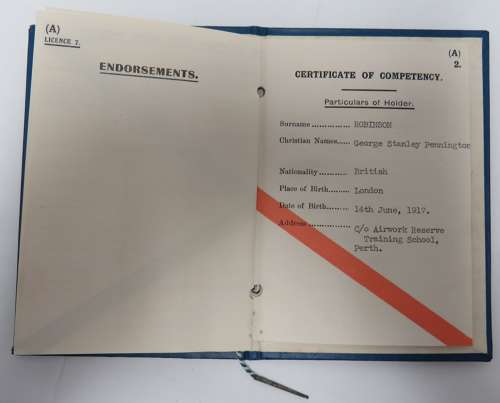 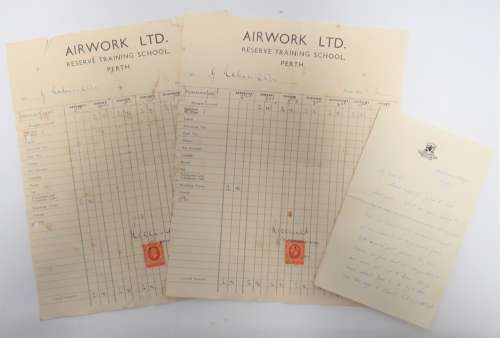 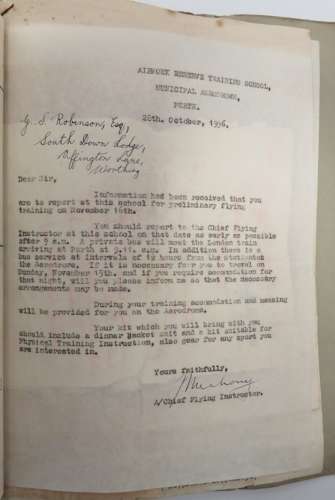 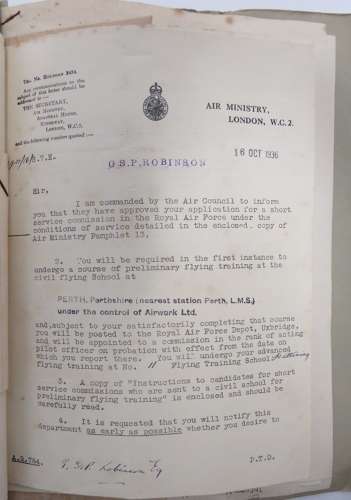