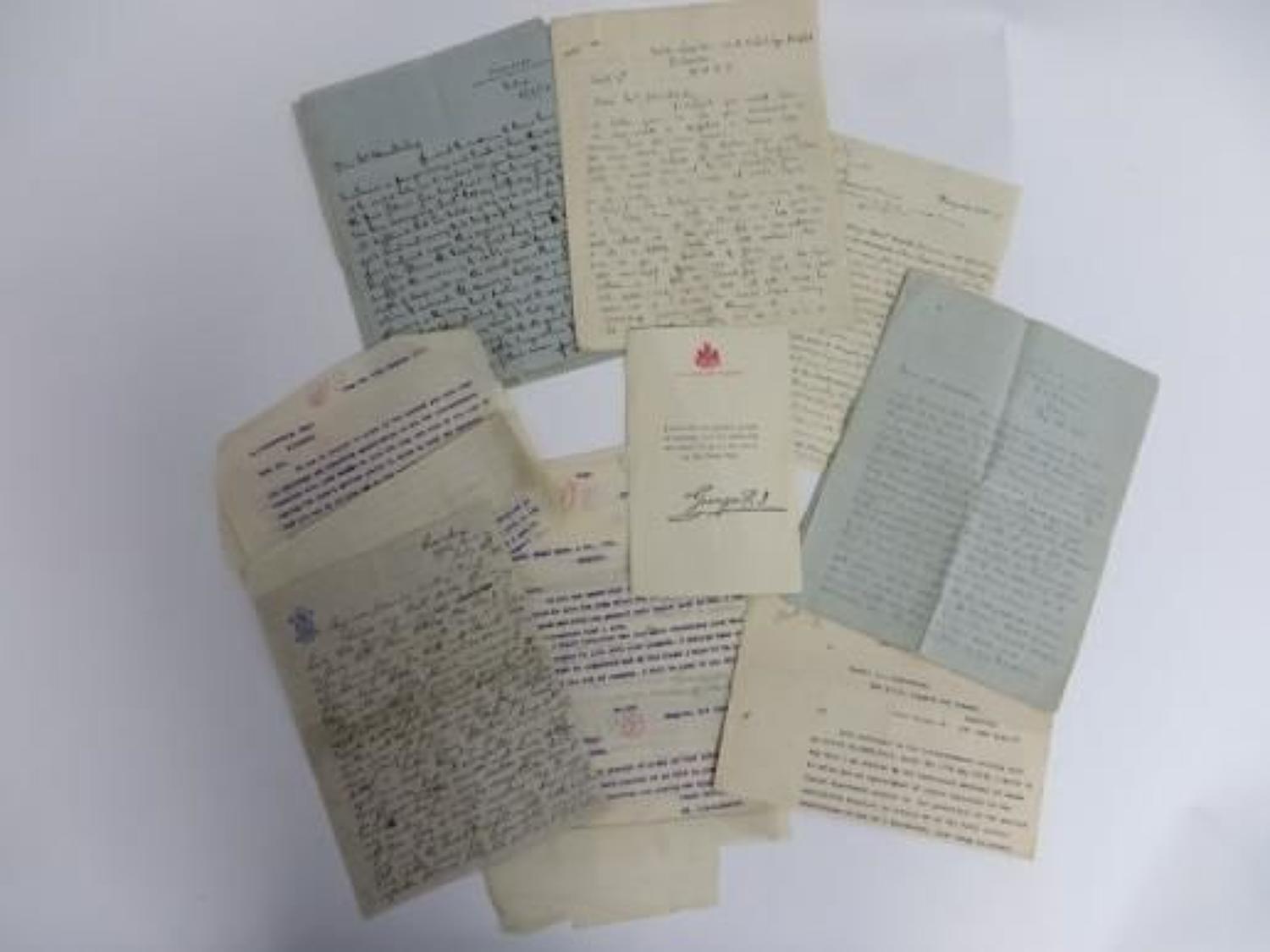 All relating to Bernard Joseph Winstanley 3rd Indian Sappers and Miners ,Indian Army who died 10/9/1919 .Including letters from the officer who was stationed on the North West Frontier .Letters from his employer before he joined the army . Two letters from the ward sister when he was in hospital and after his death .His condolence plaque slip . A good complete set a letters regarding his death and a good research chance. 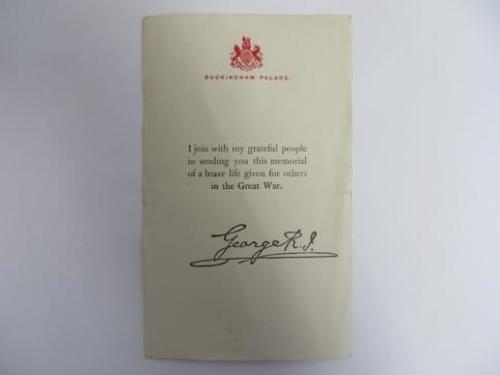 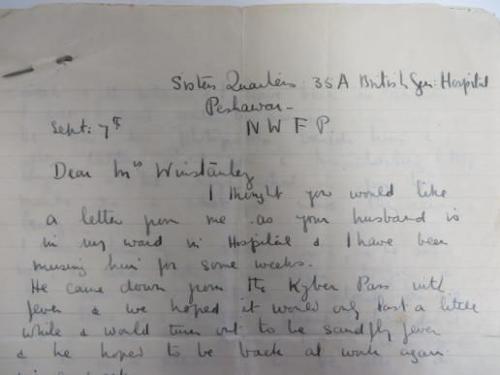 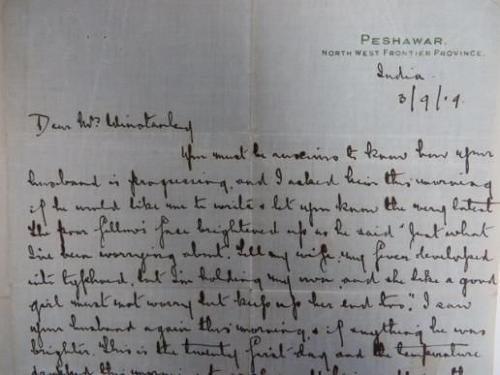 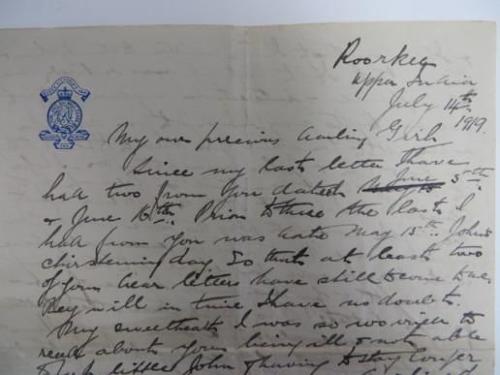